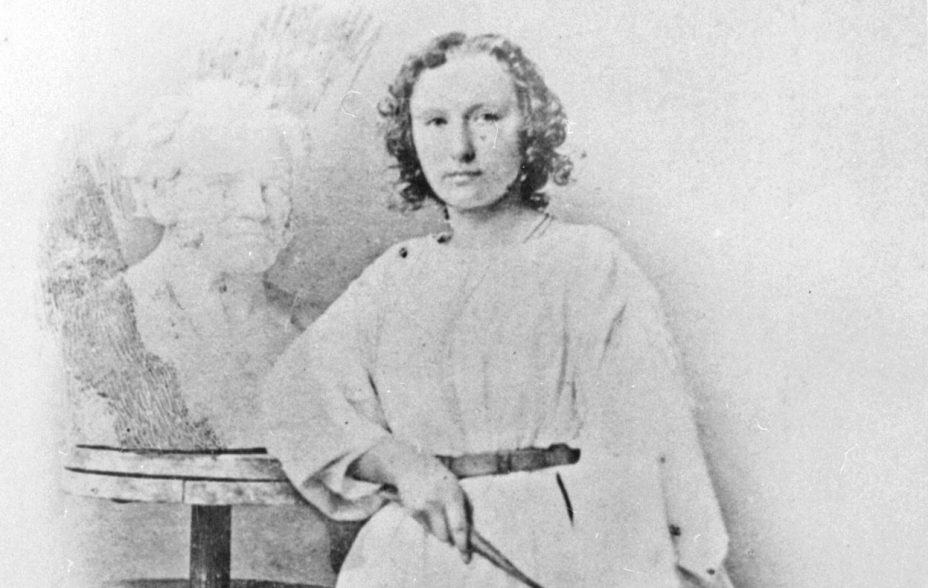 During the 1800s, there were some arts that women were considered “OK” to dabble in. Young women were supposed to elegantly paint watercolor roses. But sculpture? Not at all!

Young Elizabet Ney was born in 1833 in Prussia to a stonecarver. She grew up watching her father carve in stone, and she wanted to do the same. Her parents, perhaps predictably, said NO. So young Elizabet embarked on a hunger strike until they gave in.

Through practice and determination, she was accepted by the Munich Academy of Art. She was the first ever female sculpture student!

Her talent shone. Soon she was being asked to sculpt a wide range of famous people such as one of the Brothers Grimm, Richard Wagner, and many more.

She moved to Texas, and her reputation grew even larger.

While she did marry a man who supported her work, she was strongly for being an independent woman. She didn’t take his name. She kept her hair short and wore pants.

Elizabet held true to her dreams, and she made them come to life!

Image of Elizabet Ney is in the public domain and is sourced from Wikipedia: