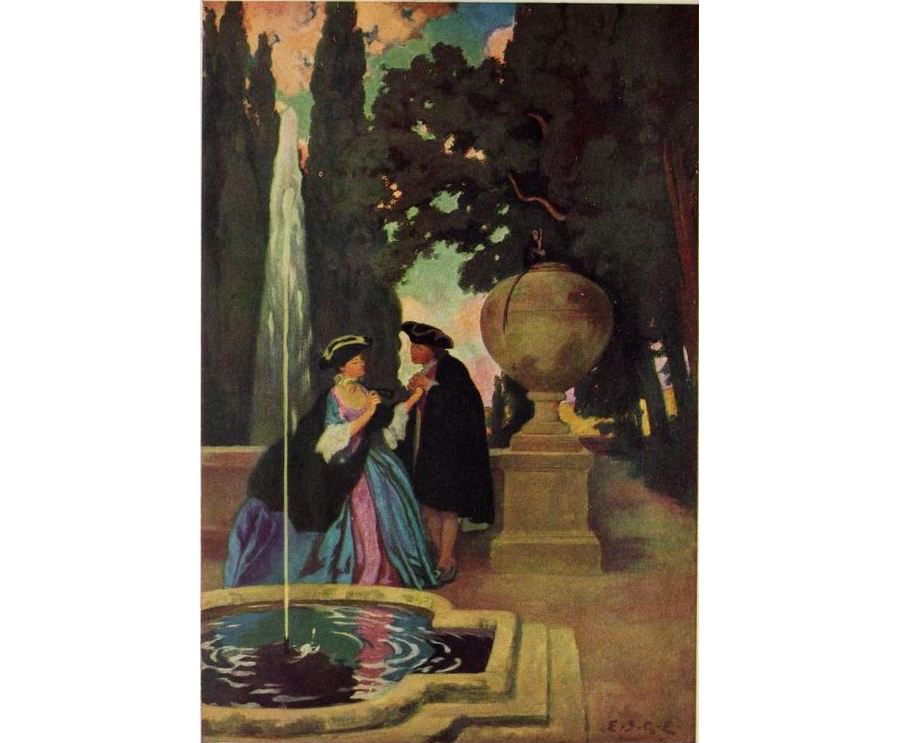 It’s one of those strange juxtapositions. In the 1800s, women were expected to be talented painters. They were trained with watercolors from a young age. A girl or teen who wasn’t able to paint well was not considered worthy of high society.

But a real painter? No, of course not. Only men were real painters. Women just made pretty things for cards and gifts.

Elizabeth Shippen Green was born in 1871 to this society. When she was sixteen, she enrolled at the Pennsylvania Academy of Fine Arts. Her talent was noticed. But even then, it wasn’t expected that she’d become an “actual” painter. It was more assumed that she’d paint pretty things for her walls, get married, and then have kids. This would be a hobby for her.

Elizabeth had other ideas.

There were magazines which were suitable for women to read at the time, like the Woman’s Home Companion. She submitted work to them and was accepted. This was seen as a reasonably OK career path, since she was painting gentle paintings for women to see. She also had work in the Saturday Evening Post. Soon she was exclusive to Harper’s Magazine.

The was interested in joining the Society for Illustrators, but of course they didn’t allow mere women to participate in them. She finally got them to allow her in as an associate member in 1903. She and Florence Scovel Shinn were the first two women to get that title.

It wasn’t until she was 40 that she finally decided to marry. So much for all the art school teachers who gave up on her because she’d just “marry and have kids” and not use their lessons! She chose wisely – her husband supported her artistic skills and even worked on projects with her.

She lived to the ripe old age of 83, enjoying her painting all along the way.

A true ground-breaking talent who inspired many other artists.

Image is from Wikipedia and is in the public domain –