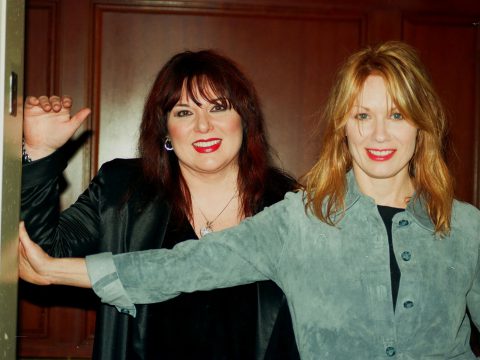 I grew up in the 1980s when one would think we had a reasonable attitude toward female musicians. After all, we’d had decade after decade of amazing artists. Ella Fitzgerald. Tina Turner. Gladys Knight. Janis Joplin. Heart was regularly on the radio featuring a pair of talented sisters who could sing and play. Their records were topping the charts.

And yet, during my teenage years, guy after guy I talked with would be dismissive of the women. Apparently the women’s sole purpose in the band was to be sexy eye candy while the “real musicians” took care of the music. Never mind that Nancy Wilson was an amazingly talented guitar player. She “couldn’t be” of course – she was just a girl.

Both women are also talented songwriters. In a world where many singers have third parties writing their songs for them, right from the beginning Ann and Nancy wrote “Dreamboat Annie”. It got onto both the Billboard Hot 100 and the US Adult Contemporary charts.

I clearly remember several guys I talked with at the time saying that Nancy Wilson could be kept, as she was attractive, but that they should replace Ann ( who has a stunning voice) because she wasn’t appealing enough. Note that these guys never said a word about the male musicians in the band. It’s just the women who would stay or go based on how they looked.

It wasn’t just the boys I knew. Looking at reports of the situation, it appears even the record label was harassing Ann about being too heavy. It got so bad that she was having panic attacks. And, again, you don’t hear of that kind of pressure being used in the same way on male musicians.

At several points in their career the two sisters were even accused of being lesbian lovers. Because apparently that’s the only way female band members can participate together on stage. And we’ll note this was pre-Game-of-Thrones.

I give great kudos to Nancy and Ann for putting up with all of that and hanging in there. They inspired millions of young women to reach for their dreams – that women could be talented musicians, no matter what their shape or size. They were true trailblazers, continuing a path laid down by Ella, Janis, Tina, and the women who came before them. It’s thanks in part to Ann and Nancy that we have the wealth of great female musicians who are out there now.

Here’s a selection of 13 of their best hits.